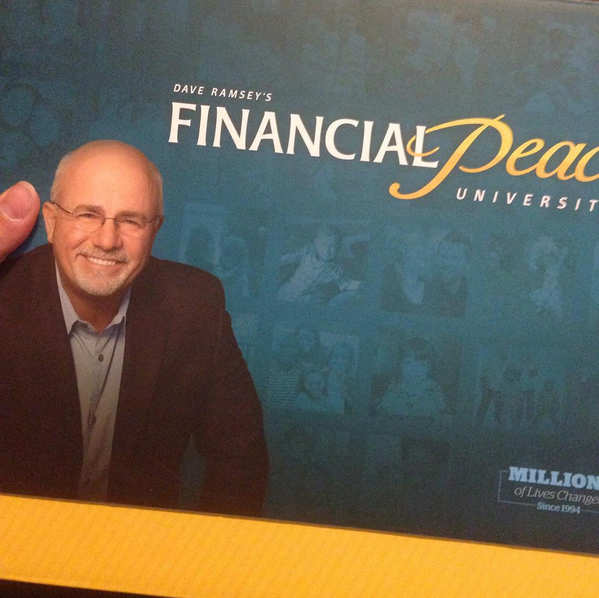 If you’ve been following along with my (Jill’s) regular Financial Peace University updates, you know I’m a believer in Dave Ramsey’s plan for financial wellness. I agree with his principles on just about everything, however something has happened this week to make me alter my views on one thing.

I got not one, but TWO property tax bills. I received one that I know my mortgage will take care of for the home we’re living in now since I’ve been paying into escrow for it. But we recently purchased a lot we plan to build on in a year or so, and I received the property tax bill for that as well. Since we purchased the lot outright, I forgot about that bill. Oops. Then today I also received a notice that my car registration is due this month, too. Oops again. That’s around $1,000 in oopsies.

Why is that a problem?

In our budgeting, if I’d been throwing everything extra at debt, I wouldn’t have any extra money to pay for this. Well, I’d have my $1,000 emergency account, but it would wipe it out. And it’s not exactly an “emergency.” It’s two things I should have planned for, but didn’t. And that’s the problem with Dave’s plan.

Beginning budgeters WILL forget to put things in their budgets.

Will I forget about this property tax bill and car registration next year? Nope. I know about it now, but in the first 3-6 months of budgeting, chances are VERY likely that a beginning budgeter will forget or overlook certain uncommon bills. If all they have is an extra $1,000 in their emergency fund, this could be wiped out with 1 or 2 bills, and at a time like 7-8 weeks before Christmas, this is likely going to result in Christmas being put on a credit card.

But lucky me, I’ve been building a reserve!

I’ve been extra cautious and have been putting a little more aside, knowing November and December tend to be expensive months anyway. And since I’ve been scoring some amazing deals on Christmas gifts anyway through Utah Sweet Savings and we’re already planning on a Christmas with less gifts, I know we’ll be able to squeeze these extra $1,000 in bills out of the reserve we’ve built.

So beginning budgeters, BUILD YOUR RESERVE!

Dave tells you to prepare a zero-based budget and basically all extra money each month goes towards debt. I think for beginning budgeters, that’s a bit extreme. Unexpected, non-emergency bills WILL come due. Be prepared for these and set aside extra money each month so it doesn’t create a financial disaster resulting in even more credit card bills.

Once you have your $1,000 emergency fund and a comfortable reserve for your situation that brings you peace of mind…

Then go back to throwing all that money at debt and wipe it out with, as Dave says, “gazelle intensity!” After 3-6 months, maybe a year, you’ll have a handle on exactly when certain bills will be coming due, and you can set aside money for those each month within your budget.