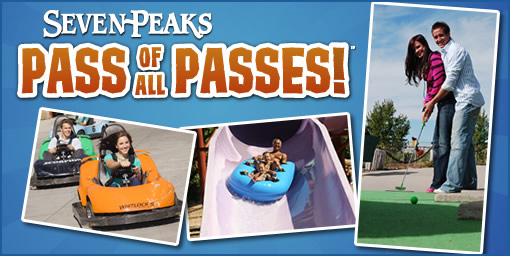 This HOT deal is back!  This time it is being sold over at SLC Daily Deal.

Head on over to score the Pass of all Passes for only $29!  But to make this deal even sweeter, you will get a $20 Walmart Gift Card, making the pass only $9!!  WOW!

Here is what you get with your Pass of all Passes:

Plus access to other fun local entertainment venues including:

For admission to Real Salt Lake, Rocky Mountain Raceways, Orem Owlz Baseball, Ogden Raptors Baseball, Salt Lake Bees Baseball, BYU events, U of U Athletic events, Utah Grizzlies and Utah Blaze Arena football, you must present your Pass of All Passes card at the box office/ticket booth on the day of the event to receive a physical ticket for admission to the venue. The venue-specific admission ticket can then be taken to the gates at game time for admission into the event.

Head on over HERE to score this amazing deal!