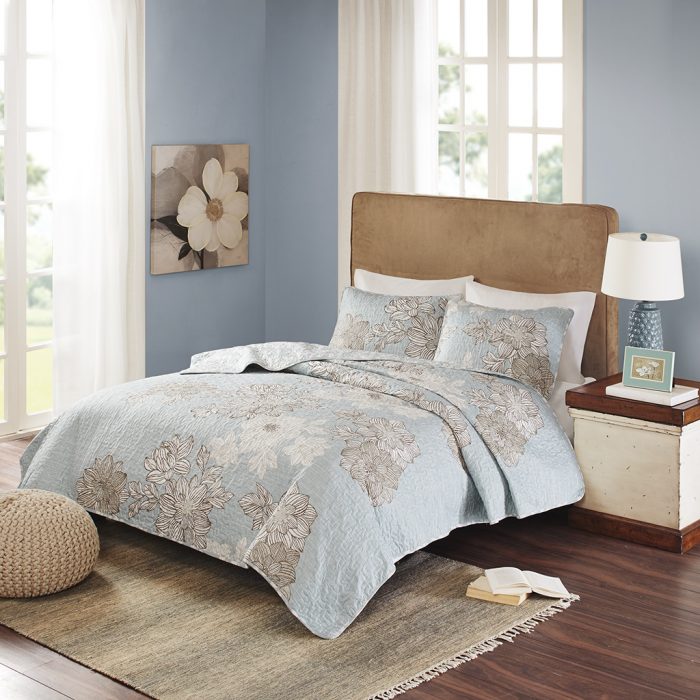 I am in LOVE with this beautiful Coverlet Set from Designer Living!

Add style to your room with the Avalon Coverlet Mini Set by Home Essence. The blue coverlet features a beautiful, large scale brown and white flower print off to one side to create a modern, contemporary look, and reverses to a white leaf print against a blue ground. Two matching shams complete the set.

What is a Coverlet?  I looked it up because I wasn’t familiar with that term.  It is basically a thinner bedspread or quilt.