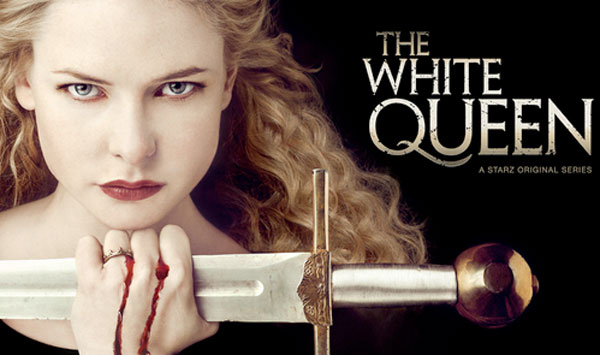 The hit Starz series The White Queen is now available to stream free if you have Amazon Prime.

Amazon just announced this addition to their lineup today.  Amazon is the only place you will be able to stream The White Queen.

You can watch RIGHT HERE.

The White Queen—based on the historical novels from Philippa Gregory’s New York Times best-selling series, The Cousins War—is set during England’s War of the Roses and tells the story of three women vying for England’s throne during one of the most tumultuous times in the country’s history. The 10-part miniseries, nominated for both a Golden Globe and an Emmy, is brought to life by an incredible cast including Rebecca Ferguson and Janet McTeer, who were also individually nominated for a Golden Globe based on their performance as Queen Elizabeth and Jacquetta Woodville, respectively. Max Irons and James Frain are also featured in the respective roles of King Edward IV and Richard Neville.