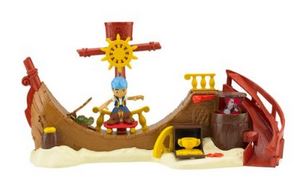 My little boy LOVES pirates right now. He runs around with his underwear on his head saying, “I’m Jack Sparrow!” It’s so cute! I’m encouraging this behavior in the hopes that he finds a buried treasure and we strike it rich.

Here are two super cute Jake and The Never Land Pirates toys for our own little pirates! 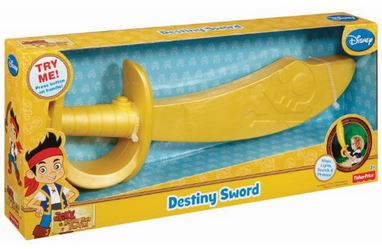 I think my little boy will particularly love this one! He doesn’t like to dress up much (except putting underwear on his head), but LOVES roll playing with things like swords.

Shipping is FREE with Amazon Prime or with FREE Super Saver Shipping on orders over $35.