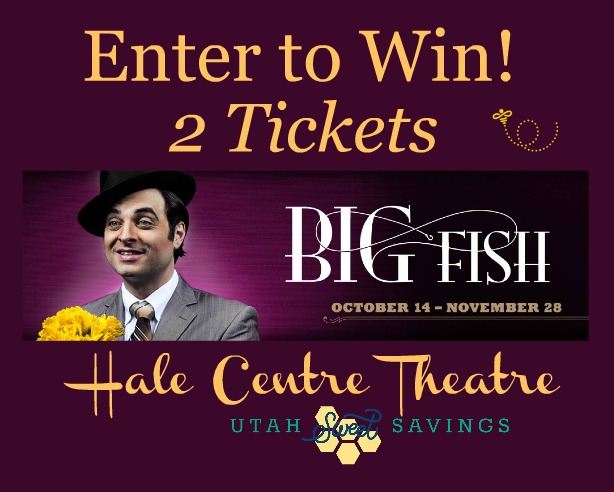 This giveaway ends today!  Make sure you enter.  It’s such an amazing show!

The holidays are coming and things are getting crazy.  Now is the time to make sure you are getting in your date night.  And, as you all know, my favorite date night is at Hale Centre Theatre!

My hubby and I have had season tickets to Hale Centre Theatre since 2011.  I personally love the season tickets because we schedule out the year and then even when life gets busy, we already have our date nights scheduled and planned.  Which is is important! 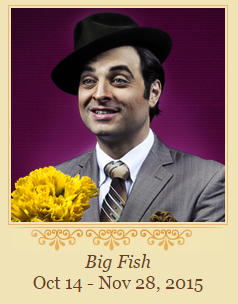 Tonight is opening night for Hale Centre Theatre’s newest production.  Big Fish!  I’m super excited about this one.  So excited that I wanted to make sure you guys knew all about it and we are even giving away a pair of tickets for the show!

Spoiler Alert!  There is going to be an actual river running through the middle of the stage!! 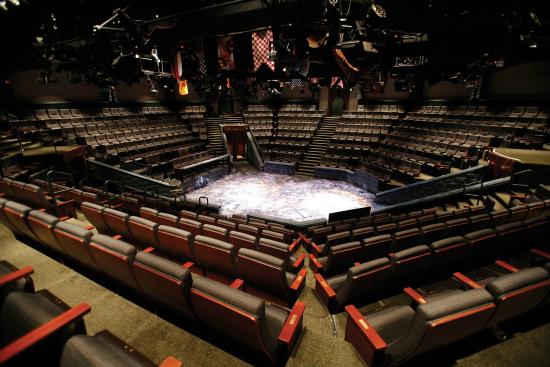 As I’ve mentioned before, the shows at Hale are so unique because of the round stage.  There isn’t a bad seat in the house and I have enjoyed every production I’ve been to.  There really is something for Everyone!

Just a few weeks ago I was able to see Oklahoma!  It was SO good! My hubby couldn’t make it, so I took my cousin instead.  Fun girls night out! 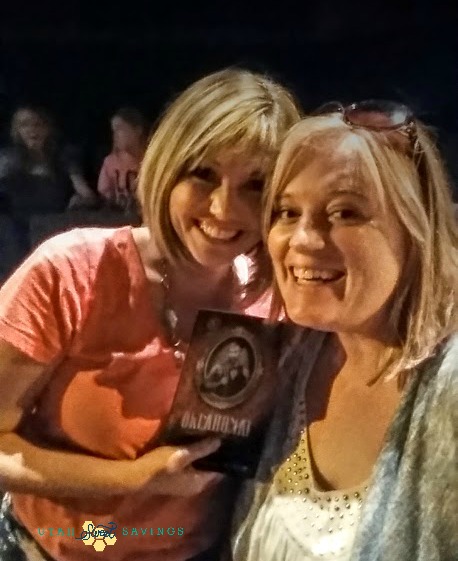 Big Fish looks like it is going to be Amazing.  I’m headed to see it next weekend and I’m so excited!

Hale Centre Theatre will debut the funny, fanciful and heart-warming new musical Big Fish in Salt Lake City. Tickets are on sale now for the family musical scheduled to run October 14 – November 28. HCT has won international awards for its use of water on stage, and their production of Big Fish will feature an actual running river. 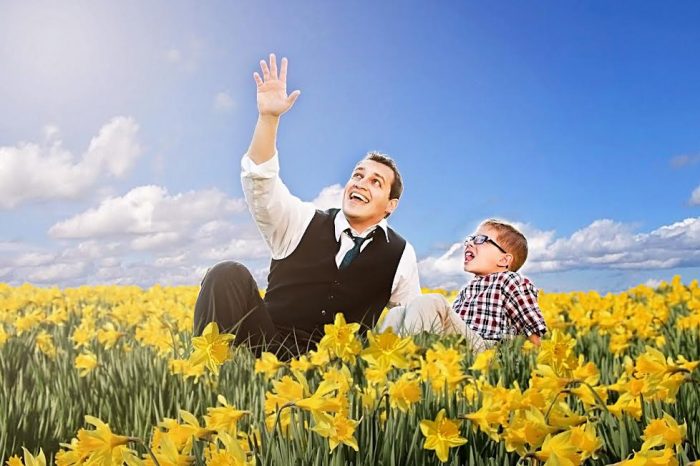 “We love to bring brand-new, fabulous musicals like Big Fish to Utah that we think our audience will love,” said Sally Dietlein, HCT vice president and executive producer. “We hope that families will stick their toes in the water so to speak, and give Big Fish a try. It’s a very touching musical about an estranged son who tries to find the truth behind his father’s big fish stories, and discovers love instead. Every family who sees this show will have something they can relate to, and at the end, they will want to call home and talk to their parents.

“Our intimate theater-in-the-round staging, talented actors and exceptional production team all converge to deliver the father’s tall tales of a giant, a mermaid, and a witch, in a magical way that will delight and engage young and old,” added Dietlein. “Parents need to bring their children to this uplifting production of Big Fish. The music is gloriously written, with thrilling, memorable tunes that are bright and beautiful. Families who see this show will have lasting memories for Big Fish is based on Daniel Wallace’s’ 1998 novel, Big Fish: A Novel of Mythic Proportions. 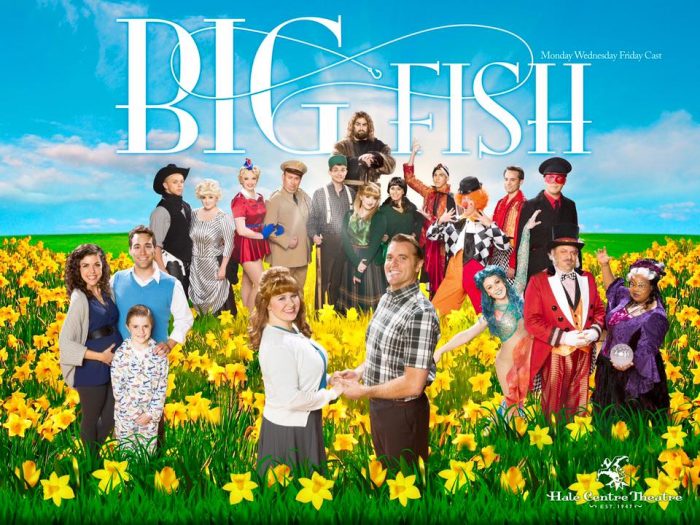 The musical has been compared to The Wizard of Oz, The Odyssey, and Music Man. The story which features flash backs and tall tales that come to life, quickly caught the attention of American screenwriter John August who adapted the novel for the 2003 film Big Fish. In 2013, John August brought the story to Broadway with music and lyrics by Andrew Lippa. The Broadway production ran for more than 100 performances in 2013. Broadwayworld.com gave the show a regional award for Best Musical. Variety called it “(A) wholly satisfying show: meaningful, emotional, tasteful, theatrically imaginative and engaging.”

Performance times are 7:30 p.m., Monday through Saturday, and matinees Saturdays at 12:30 p.m. and 4:00 p.m. No children under the age of five are permitted in the theatre.  Ticket prices are $32-35 for adults and $16 for children ages three through 11. Patrons are invited to keep an eye out for additional weekday matinees that may open up.

Shows are already selling out!  For ticket information call 801-984-9000, go to www.hct.org, or visit the box office at 3333 S. Decker Lake Drive in West Valley City. For updates, contests and information on the current theatre season, follow Hale Centre Theatre on Facebook.

To enter the giveaway, head on over to Hale Centre Theater’s Website and look at their lineup of shows for the rest of 2016 season.  Then come back and comment with which show you want to see the most.

While you are there.  Make sure to check out 2016 Season Tickets.  Like I said, it is the best value and the best ticket in town!  Season tickets make an Amazing gift!

Make sure to make fill out the rafflecopter below to make your entry official.  Also, there at a bunch of other ways to enter, so be sure to do as many as you can to have the best possible chance at winning.

Good luck and I’ll see you at the Theatre!