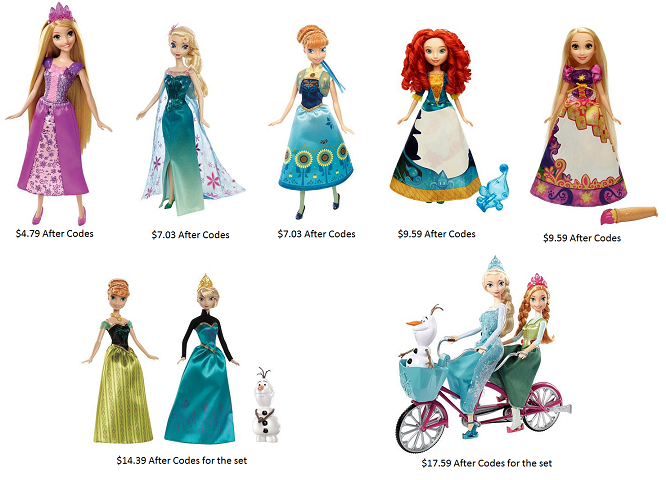 If you have a Kohl’s Card, use the following codes:

If you don’t have a Kohl’s Card, use the following codes:

Disney Princess Sparkling Princess Rapunzel Doll for as low as $4.79 after codes (regularly $14.99)

Disney’s Frozen Princess Anna & Elsa’s Musical Bicycle for as low as $17.59 after codes for the entire set (regularly $54.99)