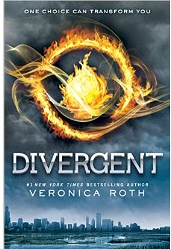 Here is a great deal on an eBook!  This is book one of three. I’ve heard it’s a great series and really want to read it before I see the movie.

eBook~Divergent (Divergent Trilogy, Book 1) for only $2.99

Remember, you don’t need a Kindle to read these books.  Just download the Free Kindle Reading App for your device (including your computer).