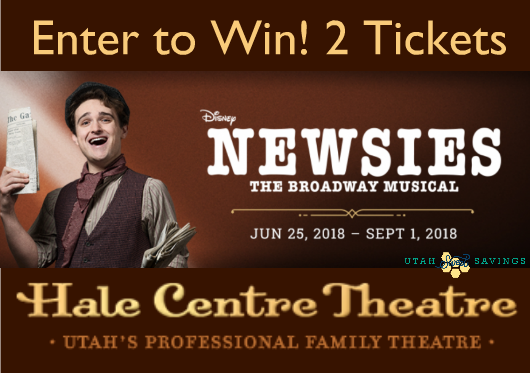 Now is the time to Seize the Day!! Hale Centre Theatre presents the Tony Award-winning musical, Newsies, set to run June 25 – September 1 on the famous Centre Stage in the Mountain America Performing Arts Centre in Sandy.

Tickets are on sale now and will sell out for the unforgettable story featuring heart-stopping dance and toe-tapping tunes. 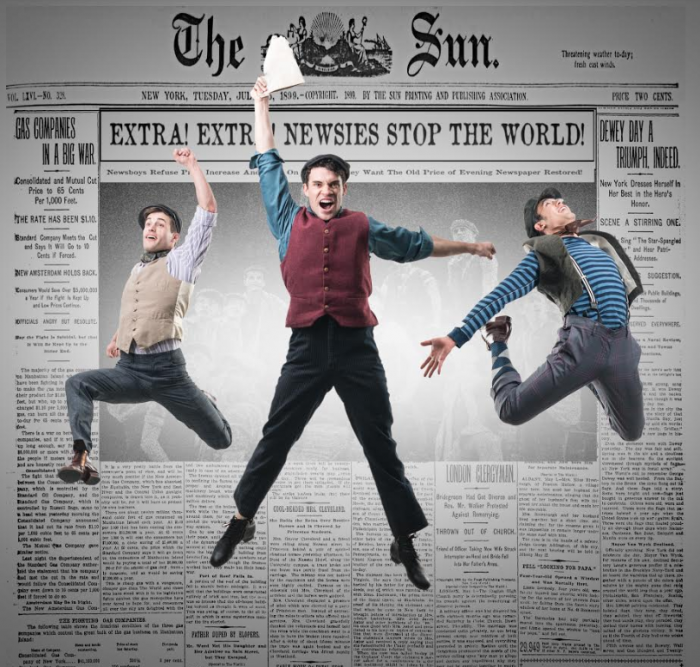 I have been a HUGE fan of Newsies for years! It’s a performance that I CAN’T WAIT to see!

Newsies was inspired by the true story of the Newsboys Strike of 1899 in New York City where newsboys led a campaign to change the way they were being compensated by newspapers. After two weeks of being on strike, the young newspaper hawkers successfully increased their pay, while also dramatically increasing newspaper circulation. The story became immortalized in the 1992 Disney film, Newsies, featuring 12 original songs by Alan Menken and J.A.C. Redford. In 2011, the story was adapted to a musical that premiered at the Paper Mill Playhouse and made its Broadway debut in 2012, where it ran for more than 1,000 performances. Coming off of the Broadway success, Newsies toured in North America from 2014-2016, giving more than 750 performances in 65 cities.

The musical follows Jack Kelly, the charismatic but rebellious newsboy, and his ragged team of ‘newsies’ who sell newspapers on the streets of Brooklyn to make meager ends meet. When newspaper mogul, Joseph Pulitzer, raises prices on his newspaper, the newsboys take matters into their own hands and organize a strike against the newspaper. With the help of a young reporter, Katherine Plumber, the newsboys fight to make their voices heard throughout all of New York City and stand up against injustice.

But don’t despair! They have been adding more and more shows! These are at 4:00 on Monday, Thursday, and Friday so far. So grab those before they are gone!

We are so lucky to be able to give one lucky winner two tickets to Newsies!  To enter, head on over HERE to Hale Centre Theatre’s website and check out the new productions scheduled for the 2019 season. Then head on over HERE to this Instagram Post. This giveaway is a FLASH GIVEAWAY that is being run on Instagram Only!

Here’s how to enter:

This giveaway will end Sunday night (7/15) at 5 p.m. One random winner will be chosen. Open to Utah residents only. There are very few ticket options left, so you will need to be able to attend one of the performances that still has tickets available.