Last weekend I had the opportunity to see Sister Act at Hale Centre Theatre. As many of you know, I have season tickets to Hale Centre Theatre. Hale puts on the most AMAZING shows and the price is extraordinary for the caliber of show. For years now we have loved watching shows like Big Fish, The Little Mermaid, Les Misérables, Tale of Two Cities, Oliver, and many many more at their location in West Valley.

I have taken a few back stage tours of the West Valley location and it’s amazing what they are able to do in that space. But many of you have also noticed that the West Valley City location has become too small. Hale Centre sells out every night and there is so much more they could do in a larger space. 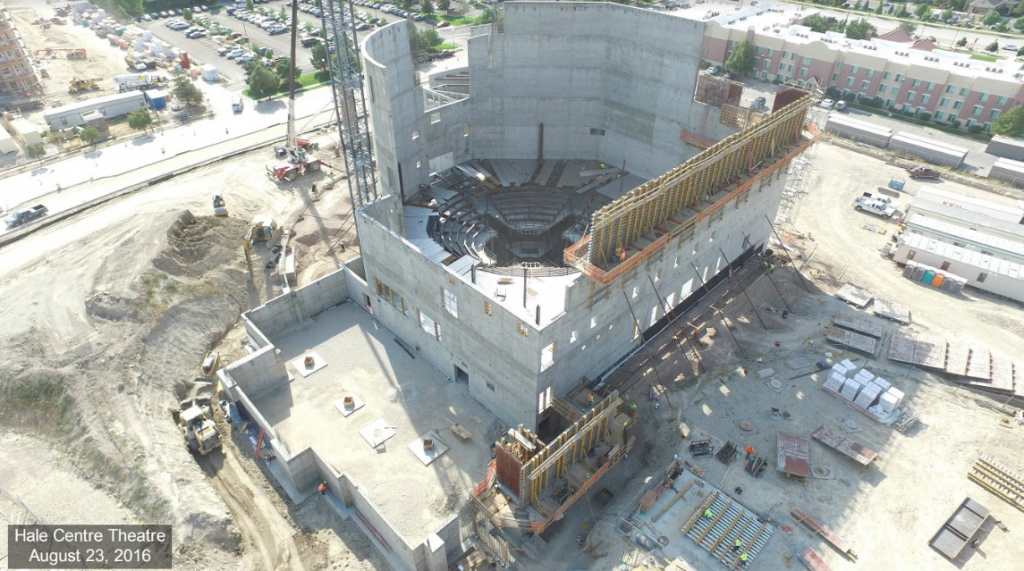 Enter Sandy City. As many of you have seen from the freeway, Hale Centre Theatre is building a brand new theatre off the freeway in Sandy. And I’m so excited! I’ve been learning about this theatre for a year now and I’m just giddy!! The above picture is what it looked like from the air on August 23, 2016.

Why is it so big? Because they are going to be able to do CRAZY amazing things!!

There will be no other Theatre in the world that will have this kind of technology!! 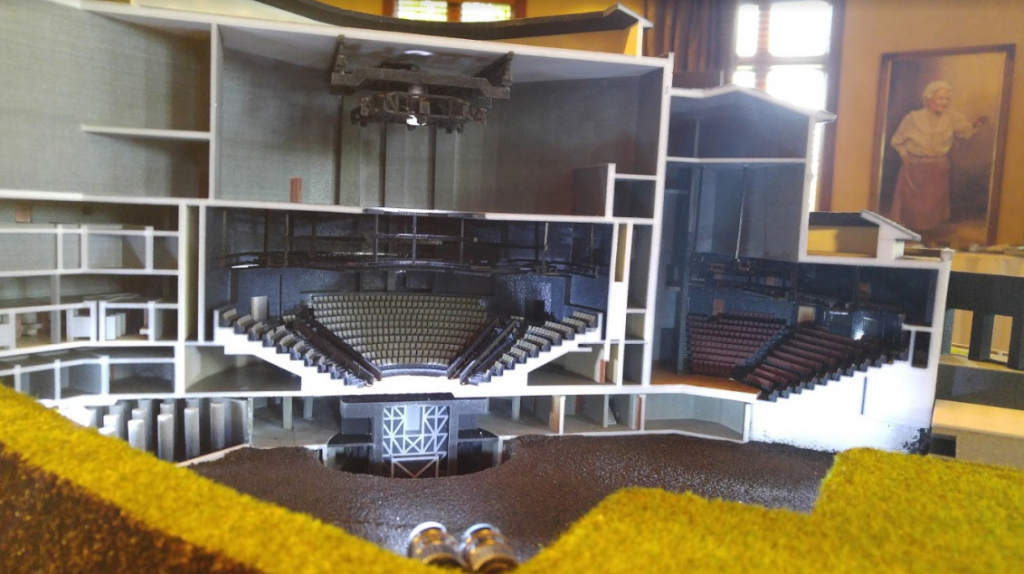 Here’s a model of what the inside of the theatre will look like. See that HUGE space above. they are going to be able to move in entire scenes from above and below while the audience watches. It will be magical! There is a giant pit that goes underground almost has much as the building is high!

If you really want to know the technical stuff, check this out! It gives you a small idea of what the stage will be capable of.

It really will be amazing and I’m giddy to see my first show. The caliber of shows is already so amazing at Hale, my mind can’t even comprehend what will be up next for theater lovers like myself.

Here are a few question and answers about the new Theatre.

How big is the current Hale Centre Theatre?

How big is the new building?

What types of stages will there be?

What improvements can patrons look forward to in the new Sandy theatre?

How will this move impact ticket prices?

Where is the new theatre located?

How many performances are there each year in the current West Valley City location?

How many performances will there be each year in the new Hale Centre?

What is the timeline for the new theatre? 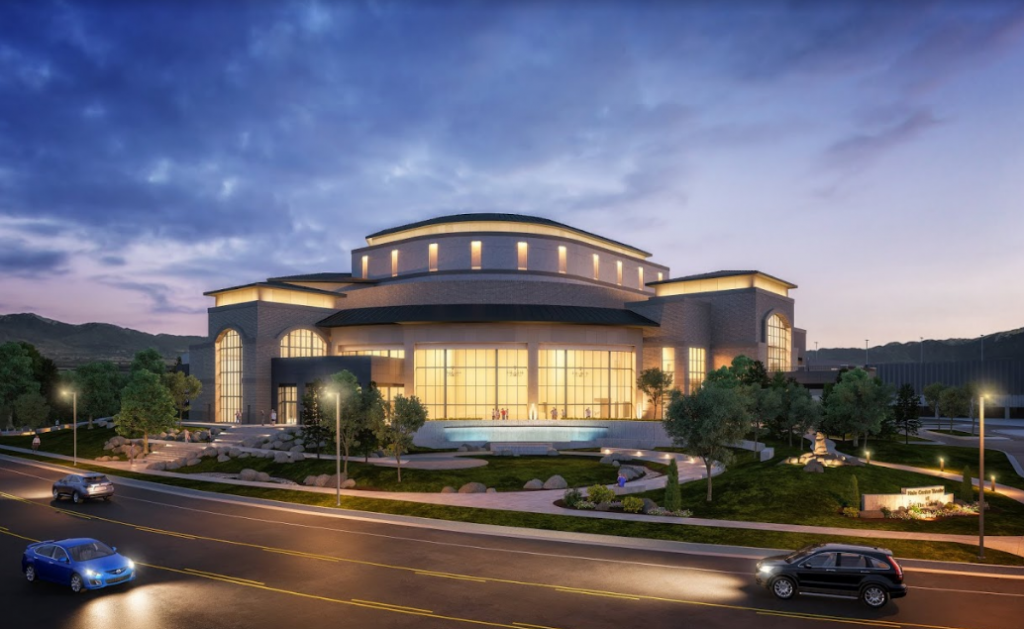 How can people contribute?

Congrats to Marissa Fisher. You are our winner!

One lucky winner will win 2 ticket to see Sister Act over Thanksgiving weekend! You will be able to choose from the following performances:

To enter, head on over HERE and check out next year’s schedule. Then come back and comment below and let me know which show you are most exited to see. Then make sure to make it all official on the rafflecopter below. There are even more ways to enter, so do as many as you can to have the best chance at winning. Good Luck!

See you at the Theatre!