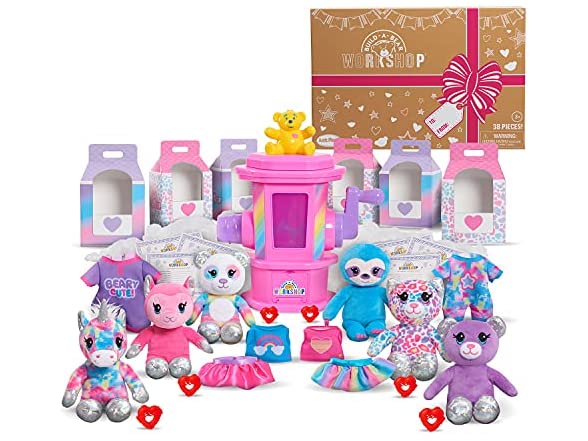 Kids will love to use the Stuffing Station to fluff the stuffing and bring their own furry friend to life. Kids can even make a wish on one of the Build-A-Bear hearts and seal it inside their furry friend so they always feel the love.

Customers who are Amazon Prime members will get FREE shipping! Just log into your Prime account to checkout. Otherwise, shipping is a flat rate of $6 no matter how much you order sitewide, so shop around and check out their other deals, too!