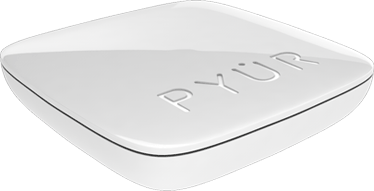 If you are like me, you are worried about your families safety on the internet.  My kids all have kindles and use them in their rooms.  We have phones, ipads, laptops, and my computer.  There are so many devices in our home and the older my kids get, the more there will bet.

I’m super excited about this deal I just found and I HAD to share it with you.

Right now you can pre-order PYUR and get a 55% discount!

PYUR is just launching today!  And you are going to want to get yours before they sell out.  This is going to be HOT.  A device that actually works in protecting your family on the internet.  I just ordered mine and will do a full review when I get it.

PYUR helps busy parents to keep tabs on their kids’ online activity. Not only does it work on ALL internet devices—eliminating the need for multiple parental controls—but it continues to work whether a device is on the wi-fi network or out of the home. PYUR also pairs with a parent’s smartphone to provide them with real-time updates. Parents who have navigated the web filter scene may have found existing options too clumsy and ineffective–often blocking too much or too little. But PYUR uses smart algorithms to learn from a user’s behavior to monitor effectively.

Based in Provo, Utah, PYUR was founded by Michael Tingey, a software engineer who loves technology, but understands that there are risks that come with internet use. The idea for PYUR came to him as he thought about the peace of mind such a device could offer individuals and families.

The majority of people have tried using an internet filter at some point. Sadly, most end up uninstalling them for one reason or another. PYUR is a simple solution to the problem.

They’ve created a tool that enables you to customize your family’s online experience, without slowing down your internet.