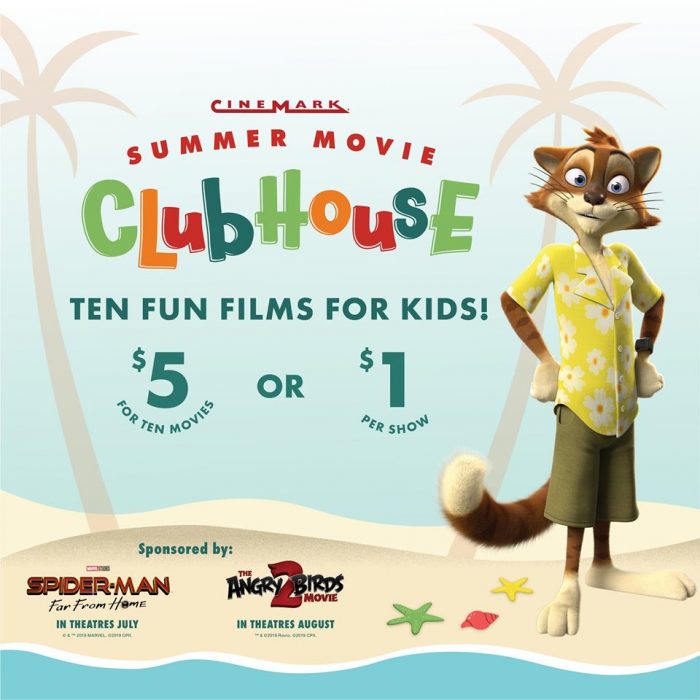 Thanks for stopping by! For more Utah events and amazing deals, head over here and join our Utah Sweet Savings Facebook Group!

Get ready for summer! Check out the Cinemark Kid’s Summer Movie Clubhouse!

You can select to watch 10 movies for $5 (that’s 50¢ each) or $1 for each individual show. Awesome! Go HERE to order single tickets or get a ten-week series punch card at the theatre box office, while supplies last, at participating theatres.

There are theaters all across the country participating, but here are the locations for Utah:

To find out the schedule of movies are playing near you, head over HERE and click on your local theater. There also may be a coupon for $2 off any large popcorn or fountain drink on the bottom of the schedule, so be sure to look for that!