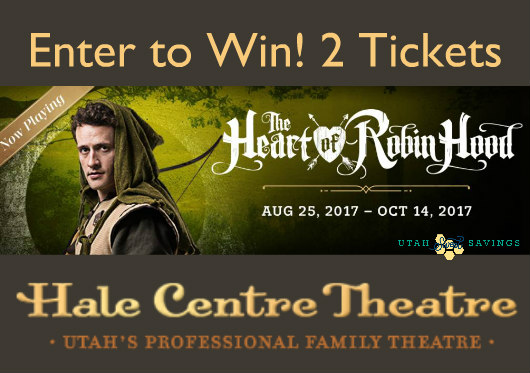 Hale Centre Theatre is so busy right now with the new building and the new Jewel Box Stage opening this month. But did you know that they are still running shows through the end of the year in West Valley? This is one of the very last shows you will get to see on this iconic stage. The regional premiere of The Heart of Robin Hood has been running for about a month and it’s received some rave reviews!

We have your FREE tickets to this amazing show. Just keep scrolling down to see how to enter.

The Heart of Robin Hood is an action-packed play, which was written by David Farr. It first premiered on stage in 2011 at the Royal Shakespeare Theatre in the United Kingdom. To create an even more delightful theater experience, HCT’s Dave Tinney and Rob Moffat, who serve as the director and music director for the show, have filled it with original music.

“This show is not a musical, but it is so beautiful and the script is so fluid, we felt that adding music would only be natural” said Tinney. “We have  written original music by taking some medieval melodies, ancient English song structures and rock and roll rhythms, to create a very fun experience for actors and patrons alike.”

**Please note: I saw this show last week and it’s so much fun and the music is amazing! But, there are some more mature themes and quite a few fight scenes where people are seriously injured or killed. In my personal opinion, this play is not for children. I also wouldn’t recommend this as your first musical or theatre experience. It’s tons of fun and VERY GOOD, but for a novice theatre goer, I would suggest getting tickets for A Christmas Carol or one of the Classics from next season’s line-up (there are SO MANY good shows coming up – I’m so excited)! 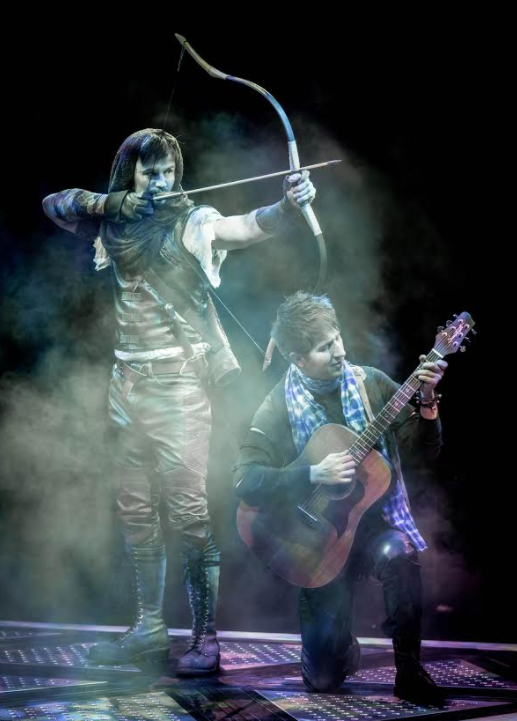 HCT will present more than 60 consecutive performances of The Heart of Robin Hood. But tickets are selling out FAST!

Ticket prices are a great value for this wonderful musical, at only $34 for adults and $18 for children ages five through 12.

We are so lucky to be able to give one lucky winner two tickets to The Heart of Robin Hood!  To enter, head on over HERE to Hale Centre Theatre’s website and check out the new productions scheduled for the 2018 season. Then come back here and comment and let me know what show you are excited about seeing next season.