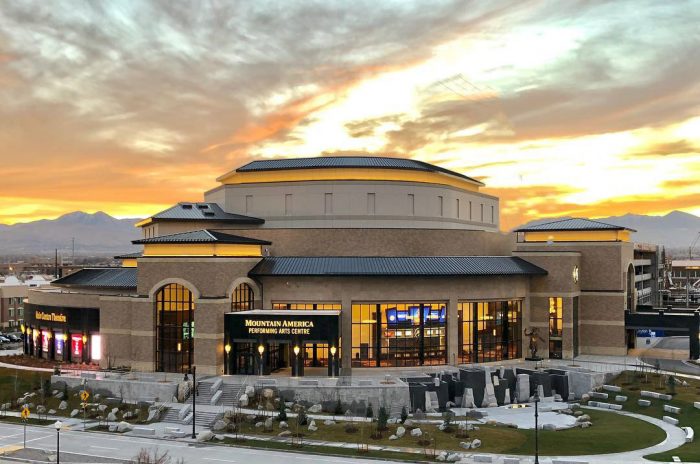 If you have followed our site for any length of time, you know how much I LOVE Hale Centre Theatre! My husband and I have been season ticket holders for over 5 years and we have no plans to ever change that! Hale Centre Theatre’s productions are TOP OF THE LINE with Broadway-level talent and, now with their new location at the Mountain America Performing Arts Centre in Sandy, they have a first-class facility to go with their amazing productions.

About a month ago, I had the awesome opportunity to tour the new building and go behind the scenes. It’s incredible! I’ve loved watching and learning about this building from the planning stages up until it opened fully in November of last year. 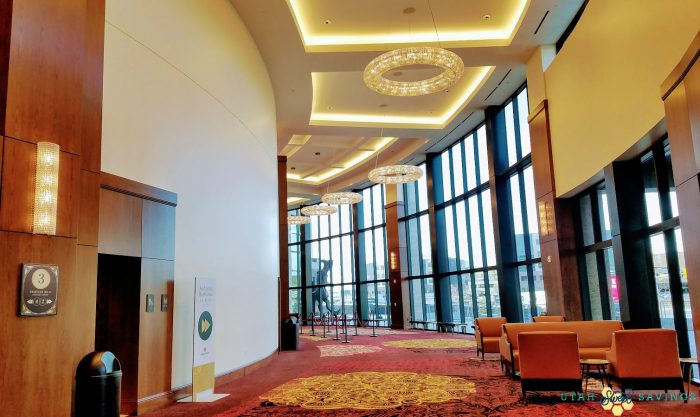 The new Theatre is GRAND! There is no other way to describe it. It’s beautiful, elegant, and inspiring. The attention to detail draws you in and the first time I set foot in it, I knew it was something special. 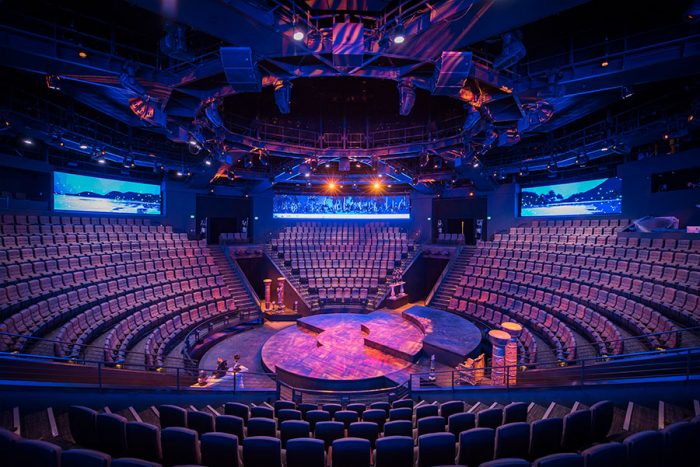 Since 1997 Hale Centre performances have taken place in-the-round. Their new Centre Stage Theatre takes this up to a new level of Amazing! In fact, they told me they are still just starting to learn all of the incredible things that this theatre is capable of. It is one of the most advanced technical stages in the entire country! The stage includes 47 axes of motion using more than 130 motors for hoisting, lifting, sliding, and rotating The Centre Stage. The technologically-advanced stage features a center column lift, four quad lifts, two large crescent lifts and two slip stages, each independently controlled. Overhead, the technology continues with two crane trolleys which can lift or lower up to 16 independent performance pieces, traveling the span of the theater.

What does that mean for you? More moving scenes, tons of amazing sets that change and move before your eyes. The performances never go “black.” They continue to move and change with the story! Encircling the one-of-a-kind stage are giant LED screens which engulf you in each of the stories, bringing things even more to life. 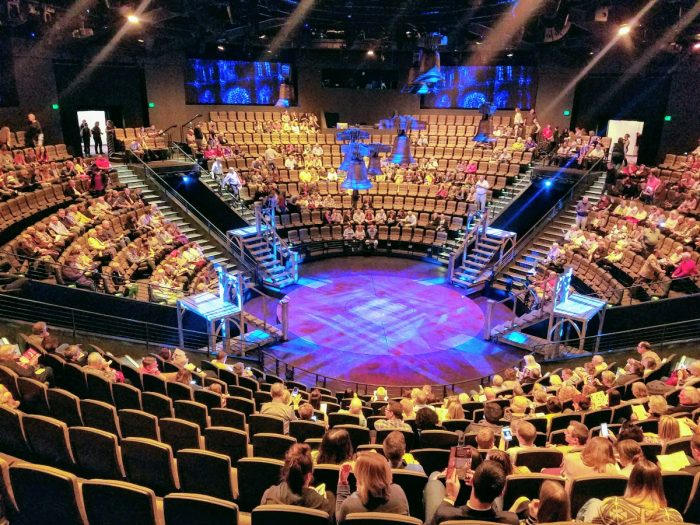 There are 901 seats in the Centre Stage Theatre and there isn’t a bad seat in the house.

In addition to the Centre Stage Theatre. There is now a second stage that brings in new possibilities for Hale. The 467-seat Jewel Box Stage is named for its beautiful jewel tones, ruby red seats, and bedazzled starburst chandeliers. Unlike the round stage, the Jewel Box is a proscenium-thrust stage. Which means Hale will now be able to bring us performances that just wouldn’t work in-the-round.

Hale Centre Theatre is my pick for high-class entertainment for an amazing price! We truly see Broadway Talent (many of Hale’s local performers have been on Broadway and have returned to Utah or start out on Hale’s stage and then continue their careers on Broadway) for a fraction of the price! We truly are so lucky to have this gem here along the Wasatch Front. 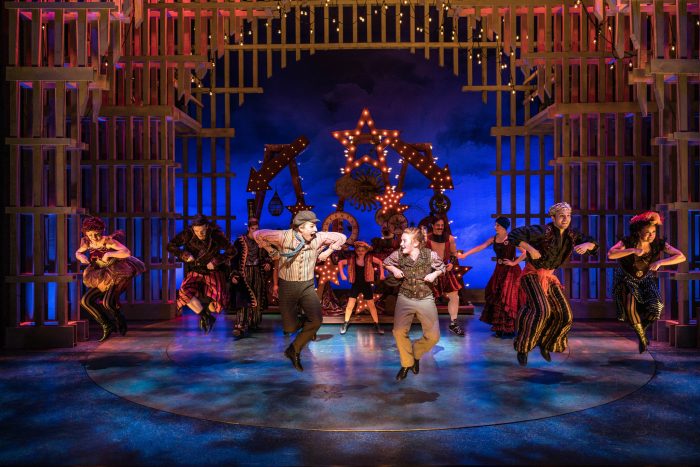 This beautiful Theatre is a destination for Utahns and those traveling to Utah alike. The quality of the productions are worth traveling for as you won’t see anything like them anywhere else! If you are traveling to Utah or have family visiting, be sure to grab tickets! You won’t be disappointed.

There are still a TON of AMAZING productions scheduled for the rest of 2018! If you don’t have your tickets yet, now is your chance. Newsies is slated to drop on June 25th and tickets are going FAST! Tuck Everlasting and The Music Man are currently running and receiving amazing reviews.

Hale Centre Theatre is hooking us up again! They are giving away 2 tickets to ANY of their shows this season to one lucky winner! 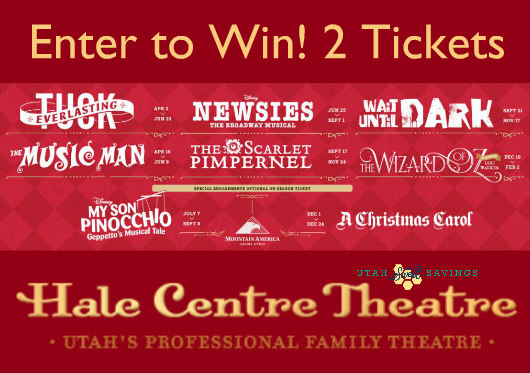 You know the drill. To enter, head on over HERE to Hale Centre Theatre’s website and check out the new productions scheduled for the 2018 season. Then be sure to come back here and enter below by commenting and letting me know which tickets you would pick!