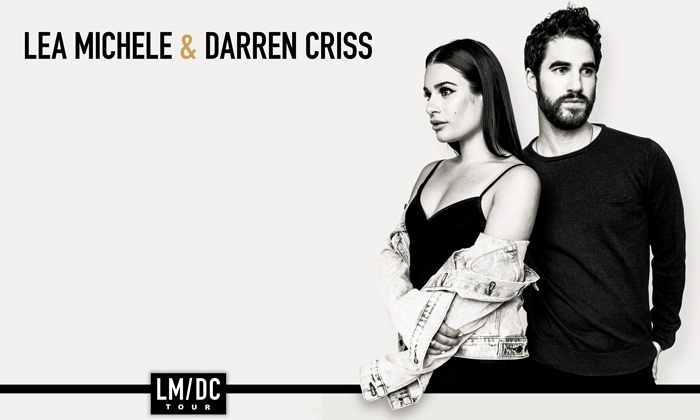 Lea Michele & Darren Criss are coming to The Eccles Theater in Salt Lake tomorrow, October 27, and we’ve got a deal good TODAY ONLY for discounted tickets!

You have 2 options for tickets, and you can use code FRIDAY for an extra 20% off! The code can be used up to 3 times per account and will be applied to 1 unit per transaction.

Promotional value expires Oct 28, 2018. Refundable only on day of purchase. Limit 8/person. Valid only for option purchased. Redeem on day of show for a ticket at the venue box office. Must purchase together to sit together. Merchant is issuer of tickets – discount reflects current ticket prices, which may change. ADA seating cannot be guaranteed; contact box office prior to purchase for availability. Ticket value includes all fees. Merchant is solely responsible to purchasers for the care and quality of the advertised goods and services.